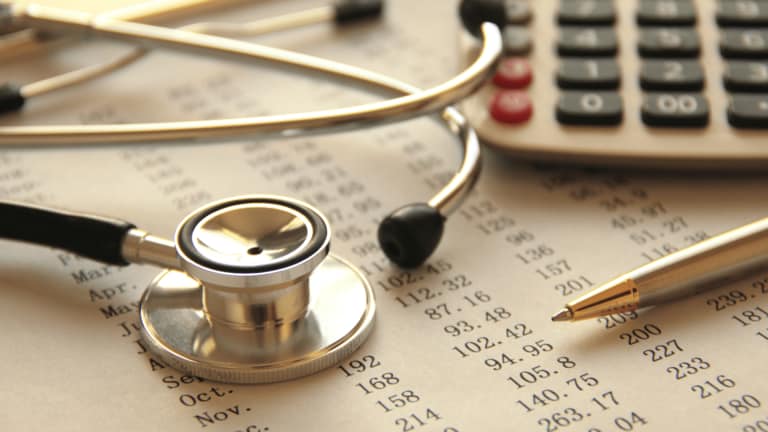 Surprise Medical Bills: How Does It Happen?

It happens when an out-of-network provider is referred and then renders services for a specific patient’s care.  For example, an emergency room physician treats a patient whose insurance covers the hospital, but the doctor may be out of network.  This can also happen during a hospitalization.  The patient is sent to radiology and the radiologist that reads the image, is out of network.  Patients have no control over this and it is/was infuriating.

Unfortunately, these services often cost more than usual…and can be denied by insurance companies outright.

The $900 billion stimulus package that passed both chambers carefully stipulated a list of significant policy initiatives, including a ban against surprise medical bills. These medical bills are made explicitly illegal.

This “emergency relief bill”  is an essential measure against surprise medical bills, which frequently occur when a patient receives treatment from an out-of-network provider. Instead of passing the burden of the charges on to the patients, these out-of-network health providers are obliged to coordinate with insurers in settling for a fair price. Changes take effect by 2022 and cover doctors, hospitals, and air ambulances.

Previous studies have noted that 71% of ambulance rides involve potential surprise medical bills. A median surprise bill equivalent to $450  accounted for ground transportation and $21,698 for air transportation. However, air ambulances, because this mode of transportation is less common than ground ambulances, remains covered.

How Direct Primary Care Can Save You Money
Contact Us

Academic researchers have noted that millions of emergency visits and hospital admissions left Americans with extensive insurance coverage at the mercy of a surprise medical bill. A study indicated that one out of five inpatient emergency room cases might lead to these charges. This study, citing specifically that in 2014,  20% of hospital inpatient admissions originated from the emergency department, 14% of outpatient emergency room cases, and 9% of elective inpatient admissions are prone to have a surprise medical bill.

Some private-equity firms have taken advantage of the situation by turning surprise medical billing into a robust business model. Outsourcing of emergency room staff and moving providers out of the network became a move that potentially boosted hospital income.

The issue of surprise billing was an opportunity for both political parties to agree. It has been a long-term problem of health committee leaders, and Washington has finally found itself in a genuine policy debate that is not politically driven. Mr. Trump and the current administration have actively tackled various initiatives to increase price transparency in the healthcare industry. President Joe Biden included the proposal in his campaign as part of his health care plan. Senator Lamar Alexander, chairman of the Senate Health Committee and a Republican of Tennessee, is one of the renowned and influential lawmakers supporting the bill.

According to a survey conducted by the Kaiser Family Foundation, eighty percent of adults want the practice prohibited.  There are no federal laws banning the practice, but 32 states have already enacted laws protecting healthcare enrollees from balance bills. Still, the issue grappled moving past Congress as each policy proposal was met by an opposition from the healthcare or insurance industry.

A resident scholar at the American Enterprise Institute named Benedic Ippolito relays that despite the issue being non-partisan, targeted, specific, and resonating well with voters, it was still tricky. He adds though many things have been working altogether in the bill’s favor, extra effort is still needed to surpass the obstacles and oppositions against it. Ippolito had helped explain the issues on surprise medical bills to the lawmakers as the new bill was in its early beginnings.

To defeat solutions that potentially lower their pay, hospitals and doctors stand their ground fighting against the bill. On the other hand, insurance companies and large employer groups maintain their wish to have a more vital ability in negotiating for lower payments towards medical providers currently sending surprise bills. Ask Us About Affordable Healthcare

Ask Us About Affordable Healthcare

The Debate Around Surprise Medical Bills

Nearly approved last December, this legislation was a tough battle, but providers lobbied aggressively against the bill and it was thwarted once again. Private-equity firms splurged tens of millions of dollars on commercials contradicting the bill. They argue such action will lead to doctor shortages, the closure of some hospitals, and the inability to access medical care in rural and underserved communities.

As a result, Committee chairs squabbled over jurisdictional issues, and at the last minute, the bill was postponed. This year, legislators tried again while moderating several conditions that may be unacceptable to an influential doctor and hospital lobbies. Although the current version may not do as much to lower health care costs as the previous version, the current version will still protect patients and work on their behalf. After experiencing recurrent setbacks, consumer advocacy groups applauded the new legislation.

According to Frederick Isasi, executive director of Families USA, the bill was about “Congress recognizing in a bipartisan way the obscenity of families who were paying insurance still having financial bombs going off.” For him, this was a triumph for the “American people against moneyed interests.”

Furthermore, the final compromise in the No Surprises Act 12 requires insurers and medical providers to tap the services of an outside authority or an “arbiter” in deciding for a payment rate if they could not agree on a specific rate.

This arbiter, an independent, unbiased entity, shall assess and determine a fair amount, which compares what other medical providers and hospitals usually pay for similar or comparable services. The arbiter is required to consider the median in-network rate in the decision-making process. Patients are only required to pay for in-network cost-sharing amounts and nothing more. How To Get Discounted Medications in ABQ

How To Get Discounted Medications in ABQ

Compared to other proposals Congress had considered, this bill appears to be more beneficial towards health care providers. The proposal enforced in California is said to have angered doctors because of the minimized role of arbiters and pre-identified, benchmarked reimbursement rates.   Several states found out the most price disputes are settled and negotiated before an arbiter is needed.

Christopher Garmon, an assistant professor of health administration from the University of Missouri, Kansas City, gauged the extent of the problem and said the bill is a “definite win for everybody” if it forces them to step out and negotiate a solution.

Although surprise bills stemming from the use of air ambulances are infrequent, these tend to be huge. Hence, this new regulation will bar air ambulances from charging patients surprise bills. For instance, a Pennsylvania coronavirus patient who was unconscious was billed a whopping $52,112 for flight facilitating transfer between two hospitals. States that ban surprise bills can’t discuss cases such as this because federal law prohibits them from regulating air transit fees.

The new law excludes ground ambulances, often a source of a significant amount of surprise bills.

The Congressional Budget Officer found out a previous version of the bill would cause small reductions in payments towards affected providers (especially emergency room doctors and anesthesiologists) working in facilities where surprise bills are likely. Both providers, those who send or do not send surprise bills, are affected by this law because eliminating the option reduces their influence on contracts with health insurers.

The new legislation gained a negative reaction among health insurers, while hospitals and physicians gave a mixed response. Health insurers even cited the coronavirus pandemic as a valid reason to delay the passage of a new bill.

A letter from the American Medical Association,  submitted to the congressional leaders, cited they “oppose enactment of the bill in its current form.”They stated this was because it would significantly disadvantage already stressed physician practices, especially small physician practices that don’t have the resources to take advantage of the IDR process. This process allows physicians to obtain fair compensation for their services.” The AMA further expressed concern over the bill’s tendency to “strain the ability of small practices to keep their doors open,” especially over what has happened for the last ten months.

After specifically quoting their concerns,  the AMA insisted “now is not the time to adopt flawed surprise billing legislation”, and they want their provisions reconsidered.

A large private-equity-owned physician staffing firm known as TeamHealth expressed approval for the bill, calling it a significant improvement for the past two years in terms of proposals advanced by major insurance companies. TeamHealth was previously engaged in surprise billing practices.

On another note, the bill gained the support of the American Hospital Association (the country’s largest hospital group) and the Federation of American Hospitals, which represent private hospitals.

Affordable Healthcare for Lawyers in Albuquerque: Why You Need One

Need A Specialist in Albuquerque: Why Not Through A Direct Primary Care Provider?

When in ABQ: The Do's and Don'ts of TRT

7 Things You Can Do Against Thyroid Cancer Here in ABQ

Anxious About Your Kids Going Back to School? Here’s How DPC at ABQ Can Help! 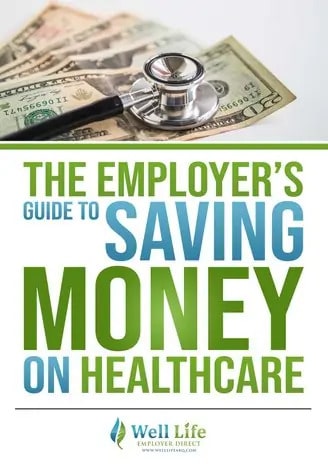