Big Benefits of Vitamin B12 Shots While In Albuquerque

Big Benefits of Vitamin B12 Shots While In Albuquerque 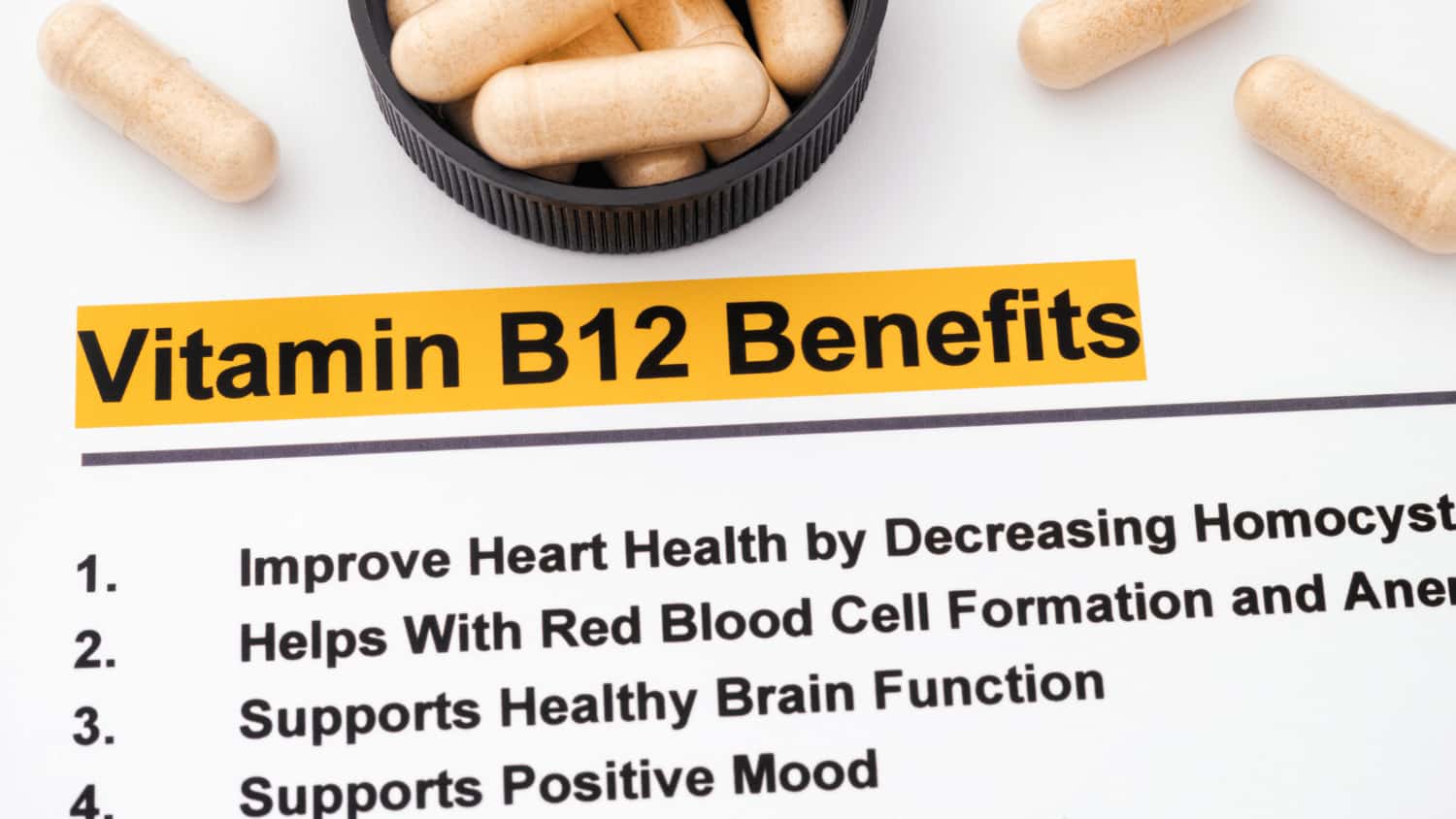 ALBUQUERQUE, N.M. — The prevalence of low Vitamin B12 is high among people who are between 26- to 49 year-olds. Vitamin B12 deficiency is treatable.

For more information about Vitamin  B12, call us at the Injection and Infusion Clinic of ABQ at 505-445-4300. Or book your Vitamin B12 shot online today.

A lack of Vitamin B12 can cause many health problems. It affects your heart, physical performance, and cognitive functions. This blog shares with you the importance of  Vitamin B12:

What is Vitamin B12?

It is known as cobalamin, is a naturally occurring water-soluble vitamin. It’s essential in energy and red blood cell production, DNA synthesis, and proper nerve and neurological function.

Protein-rich foods such as eggs, meats, and dairy contain  Vitamin B12. It’s not present in vegetables, but breakfast cereals can be fortified with it. The Office of Dietary Supplements recommends a daily intake of 2.4 mcg of Vitamin B12 for adults and children four years and older.

Vitamin B12, specifically MeCbl in combination with AdCbl or Cbl, corrects B12 deficiency. Clinical evidence shows it’s effective as a supplement given by mouth or injection. Another study suggests methylcobalamin as a potential pain killer. It improves nerve conduction and helps in regrowing damaged nerves. The researchers of the study noted methylcobalamin alleviated low back pain, neuralgia, and diabetic neuropathy.

Causes of Vitamin B12 Deficiency

An autoimmune condition, malabsorption, or insufficient intake of Vitamin B12 can cause a  deficiency .

What are the Symptoms  of Vitamin B12 Deficiency ?

The prevalence rate of  Vitamin B12 deficiency ranges from 1.5% to 15% in the general population. Symptoms include:

Learn More About Vitamin B12

Six Potential Benefits of Vitamin  B12

Huge  red blood cells characterize  megaloblastic anemia, but fewer red blood cells appear.  Due to its size, it can’t move out of the bone marrow into the bloodstream. When this happens, there are not enough red blood cells to carry oxygen to the parts of your body. You feel weak or tired as a result.

Prevents congenital disabilities: Lack of  Vitamin B12 to women and their fetus, have detrimental effects. Women may experience infertility and abortions due to  Vitamin B12 deficiency. For pregnant women, it may cause a risk of birth defects and preterm birth.

Researchers found  low levels of Vitamin B12 were evident among mothers of children with neural tube defects. Vitamin B12 levels of <250 ng/L may pose three times the risk of birth defects. Women who want to become pregnant should have concentrations of Vitamin  B12 >300 ng/L to 400 ng/L.

Improves mood and depressive symptoms:  Vitamin B12 aids in synthesizing serotonin chemicals in the brain that regulate mood. A lack of  Vitamin B12 may decrease serotonin, which results in mood disorders such as depression.

Management of depression may include  Vitamin B12. A study reveals   Vitamin B12 with antidepressants improved depressive symptoms.

May reduce risk of neurological disorders: There have been studies conducted that dispel claims that  Vitamin B12 improves cognitive function. Researchers need to complete further studies to have adequate evidence to support it.

However, some studies reveal otherwise. Some research studies  linked  anorexia, apathy, irritability, growth retardation, and developmental regression as Vitamin B12 deficiency symptoms. The study cited that Vitamin  B12 is essential in keeping the brain healthy.

Vitamin B12 supplements may prevent damage to the nervous system, which leads to mental decline and disorders. Among people with mild cognitive impairment,  Vitamin B12 with omega-3 fatty acid may slow the decline. The rate of brain deterioration also declines with  Vitamin B12 plus folate.

Low levels of  Vitamin B12 are associated with poor memory. A study suggests that  Vitamin B12 supplementation may improve memory function.

Boosts energy and fights fatigue: A study shows that  Vitamin B12 deficiency affects physical performance.  Vitamin B12 supplementation corrects it.  However, athletes with a well-balanced diet won’t benefit from it because they already have sufficient amounts.

Moreover, vitamins and minerals aid in carrying oxygen to the brain and muscles through red blood cells. Note that iron and B vitamins play a critical role in the development of red blood cells.

The researchers concluded that vitamin and mineral supplementation might contribute to physical, psychological, and cognitive health. It may decrease perceived mental and physical fatigue.

Supports immune system: Vitamin B12 plays a role in the regulation of the immune system. However, the exact mechanism is still unclear. Researchers conducted a study among people with  Vitamin B12 deficiency.

They found that the  Vitamin B12 deficient participants had decreased lymphocytes. They also exhibited abnormally high CD4/CD8 ratios and low Natural Killer (NK) cell activity. CD4/CD8 and NK lymphocytes are vital in fighting bacteria and viruses. Any changes in the ratio of lymphocytes may increase your risk of catching infections.

How Long Do Vitamin B12 Shots Last?

The effects depend on how your body reacts to the Vitamin B12 shots. These shots are   absorbed rapidly within 48 hours after injection. At this time, about 50% to 98% of the dose may appear in your urine.

A severely deficient person may get five to seven B12 shots in the first week of therapy. Once Vitamin B12 levels become normal, Vitamin B12 shots should be given at least every three months   to prevent relapse. Most patients prefer a weekly shot for the most energy.

Vitamin B12 may be stored in your body for 3 to 5 years. . Depending on your lifestyle and health condition, your Vitamin B12 level fluctuates. A liver disorder may affect  Vitamin B12 storage since Vitamin B12 is stored in the liver. Liver disorders include ascites, cholestasis, hepatic encephalopathy, jaundice, and portal hypertension.

Vitamin B12: Potential Side Effects

Vitamin B12 shots are safe, effective, and well-tolerated for preventing or correcting a deficiency. You may experience pain or redness at the injection site as a temporary discomfort. There’s no risk for toxicity except if you have a kidney problem. You can pass it out of your body through urination since it is water-soluble.

In general, other side effects are mild diarrhea or itching all over your body. People must be cautious if they have allergies, medical conditions and are taking medication. Vitamin B12 shots may affect people with the following conditions:

Vitamin B12 interacts with other medications:

How Much is the Cost of Vitamin B12 Shots?

Vitamin B12 injections at the Injection Infusion Clinic of ABQ cost $24.81. Take note  we use activated Vitamin B12 shots made up of methylcobalamin or hydroxocobalamin. It performs better and safer than cyanocobalamin, which contains cyanide.

Why Direct Primary Care For Healthcare Providers In Albuquerque Is A Must!

Seven Benefits for Healthcare Providers Getting DPC Coverage in ABQ

Healthcare for Teachers, If You Don’t Get One Now, Then When?